ICO's main role is to promote economic activities that contribute to the growth and development of the country while improving the distribution of wealth, especially sectors identified as a priority due to their social, cultural, innovational or environmental significance.

In early 2015, ICO launched its inaugural Social Bond when no Social Bond specific guidelines were yet in place. ICO took an innovative route that perfectly fitted its mission and it put the focus on the "S" for "Social" in ESG criteria. Since the very beginning, ICO has played a key role in developing and promoting the Social Bond market by issuing at least a benchmark Social Bond every year and helping to set an example for market practice. In April 2020, ICO expanded his Social Bond Framework becoming one of the first issuers to integrate the COVID19 in the Framework, with a favourable Second Opinion from Sustainalytics. In May 2020, ICO became the first Spanish issuer to launch a public COVID19 Social Bond.

ICO is fully committed to Sustainability Finance and it will continue promoting the development of the Social Bonds market. In this line, ICO has developed its Social Bond Framework following the recommendations set in line with ICMA's Social Bond Principles and its four core components as well as its recommendation for External Review. 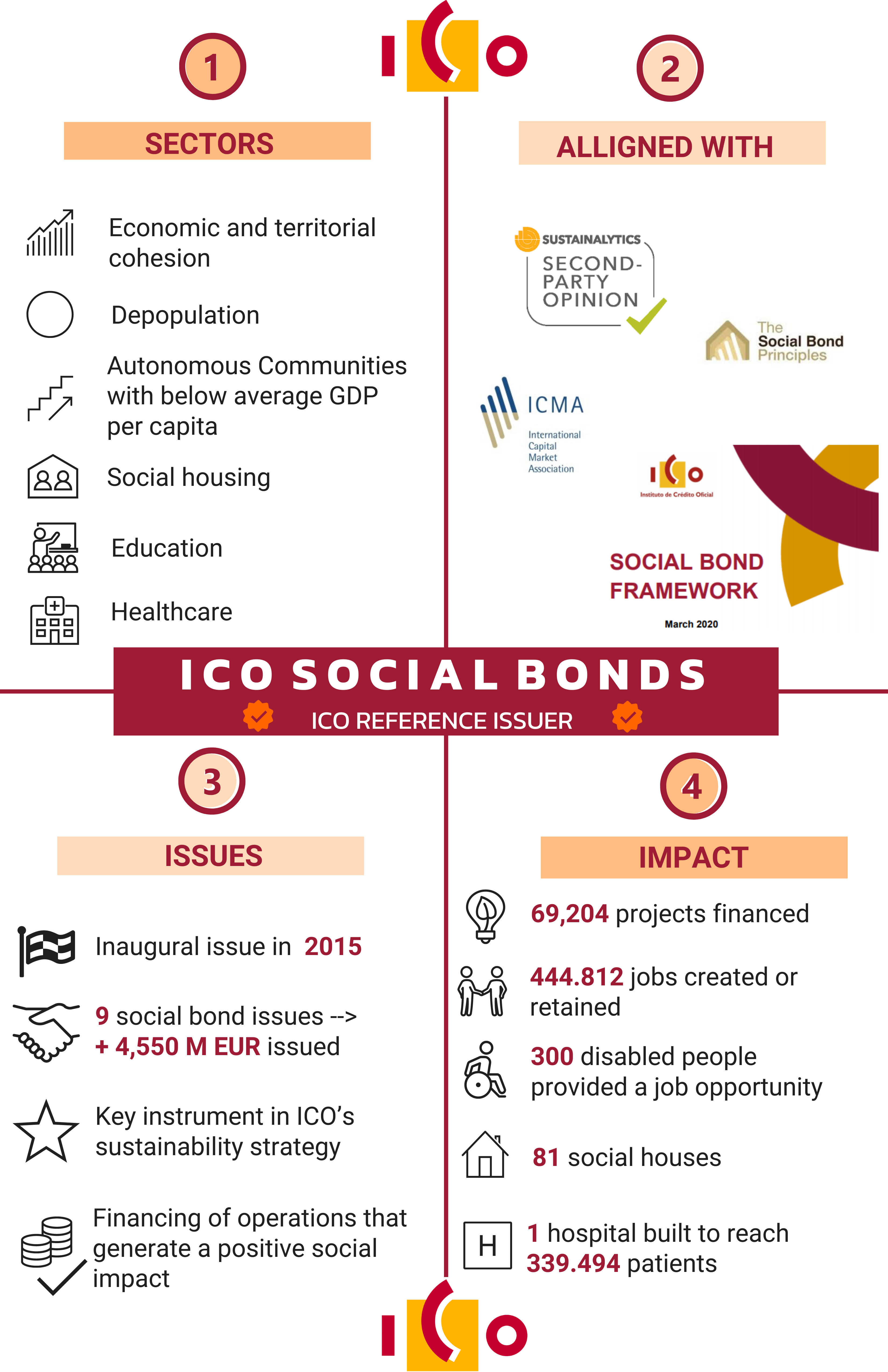 More information about the new framework