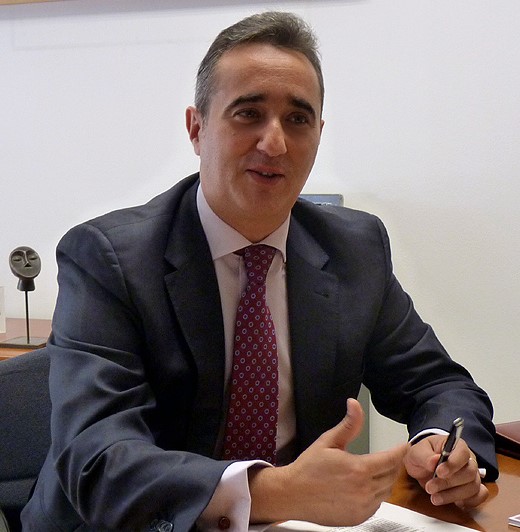 Antonio Cordero has a degree in Economics and Business Studies from Universidad Autónoma de Madrid (1992) and took the IESE's Program for Management Development (PMD) in 2002.

His career began in the administration department at the head office of Credit Lyonnais España before he joined Instituto de Crédito Oficial in 1994. He started out as a technical specialist in financial administration, going on to hold similar posts in the Capital Markets and International Financing Departments. In 2000, he was named Head of Capital Markets.

In February 2009, he took up his  role as Head of Funding and Treasury, being responsible for ICO's funding and securitisation, as well as liquidity management.

As ICO's Chief Financial Officer, he is responsible for designing and evaluating the general lines of action of the ICO Group and its strategy.  The Finance and Strategy Department will analyse, within the areas for which it is responsible, the expected trends and conditions of financial markets and national and international capital markets, and will prepare proposals for adapting ICO, its strategy and its activities, with particular attention to developments and initiatives in the context of the European Union and the adoption of new technologies.

It will also analyse and propose the management of the financial risks on its balance sheet, capture the funds and resources needed for ICO's lending activity in the market, and carry out the necessary financial investment and hedging transactions, as well as treasury management, including the development of new products and services, if appropriate.